Advent is a time of preparation as we wait for Christ’s birth at Christmas. As I designed this set of illustrations I was very interested in what this would look like today, trying to make a connection between our lives today and a story from long ago.

The first image deals with the annunciation, the announcement by the angel Gabriel to Mary that as a virgin she will bare a child. The image shows two young women, Mary and Elizabeth chatting as they both await the arrival of a baby.

The second image explores the idea of expectation, thinking in particular about the stresses and negative feelings which can emerge in the approach to Christmas. It is easy to get distracted by gift buying, new clothes, Christmas parties, bad weather and money concerns during Advent, forgetting about the real reason for the excitement, that ‘Christ is coming’.

Incarnation is illustrated in the third image through a young family taking shelter in a stable. It is a quiet scene, fairly light in tone, enjoying the miracle that all childbirth brings. The final image highlights that this child is like no other though, He will bring salvation to all men and women.

Kairos means ‘opportunity, ‘season’ or ‘sitting time’ – a Greek word for ‘time’, which doesn’t talk about the length, but is more non-linear and qualitative.

I used textiles to reference a baby blanket, which I hand stitched with gold thread to represent linear time (chronos). The vertical stitches over the top I began knowing that I wouldn’t be able to finish, as the arrival of my baby was so imminent. These represent a kind of count down to when everything was about to change – the finishing point is where the quantative and qualitive times meet. Where chronos time becomes kairos.

I was still stitching the vertical lines in labour, until I couldn’t go on any more. The baby arrived about 12 hours later. His name is Orrin Lucas Kevan Curtis.

This pencil and ink sketch is a loose transcription of Francesco Bonsignori's The Virgin and Child Enthroned (c.1490-1500) which is housed in the Scottish National Gallery on the Mound, Edinburgh.

The pencil drawing was produced in situ with close reference to the original composition. Ink was added later.

My choice of colours bears little resemblance to the source painting’s earthy palette. The one exception is that both versions of the virgin sport a crown of brown hair, a detail that marked Bonsognori’s virgin as fresh and distinct from those on the walls around her. I took inspiration from Beyonce's carefully constructed maternity portraits (April 2017), opting for lurid tones of lime and fuschia in the virgin’s dress.

Initially subconscious, this subtle nod to Beyonce’s baby’s photo shoot is perhaps unsurprising. In the portraits, the singer positions herself as a modern day Madonna, employing devices used by artists throughout the centuries to depict the mother of Christ - a serene half smile, good posture, a symbolic assortment of flowers, the conspicuous absence of a (visible) father figure. Beyonce’s photos are iconic because they’re icon-like.

The gospels present the virgin Mary with quiet simplicity as an unassuming young woman, taken by surprise - but not averse - to becoming a vessel for the “Word made flesh”. Within her womb, for nine months, she bears the mystery of the incarnation; the invisible becomes increasingly visible and is then revealed; God in human form. Mary’s task is not untinged with sorrow. As in childbirth pain precedes joy, so it is again for Mary at the crucifixion and resurrection of the Christ.

I wanted to show respect to the subject, and render the virgin and child duo with a level of restraint. I had originally planned to crop the present image to fit a 20x20cm format. I later chose not to as I wanted to draw attention to the processes in making the work - evidence of colours being tested and a doodle of the annunciation scene. This is a twenty-first-century artist’s response to a fifteenth-century artist’s depiction of a unique, first-century mother and child.

Other than her prayers to God and her visit to her cousin, little is revealed about the movements of Mary between the conception and birth of Jesus. It is a period of being ‘in-between’ - between one location, identity and state, and the next.

'The birth of my son, Ransom, has meant coming to terms with the loss of many aspects of my agency and a change in my identity, as well as exploring the new found depths of love and care in my life. As an artist, these are themes that are quite literally woven into the wearable works that I create. A huge part of my garment works happens when they are simply worn throughout a period of time, using the daily interactions of life as a basis for subconscious performance, which is influenced by the clothing. I enjoy, however, the possibility of ambiguity surrounding what the works are, based on their context and the way they are installed. Being textile-based, the things that I make have a certain flexibility and are easily folded, draped, stuffed, and stacked within the confines of harder shapes while their snippets of text and imagery can be fluidly used to communicate different things. Finding solid, fairly immovable ready-made objects or the edges of existing myths, stories, or histories allows me to create new, temporary boundaries for the works, referencing other familiar spaces such as the museum, the showroom, the shop, or the home. Hinting at my own experiences whilst using the language of others’ history, my work aims to create heavily aesthetic, borderline formal sculptures, installations, and garments that nonetheless contain enough symbolic imagery or text to retain a sense of narrativity and magic that encourages the viewer to be drawn in and to form their own sense of a story through unconscious closure. In exhibiting the piece ‘Jumper No. 6’ in this show, the name Ransom becomes a noun, telling the story of the wholly (holy) other virgin mother.' 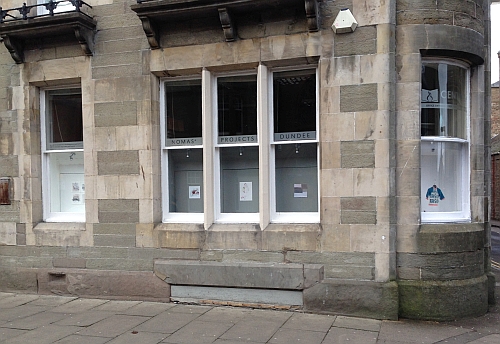 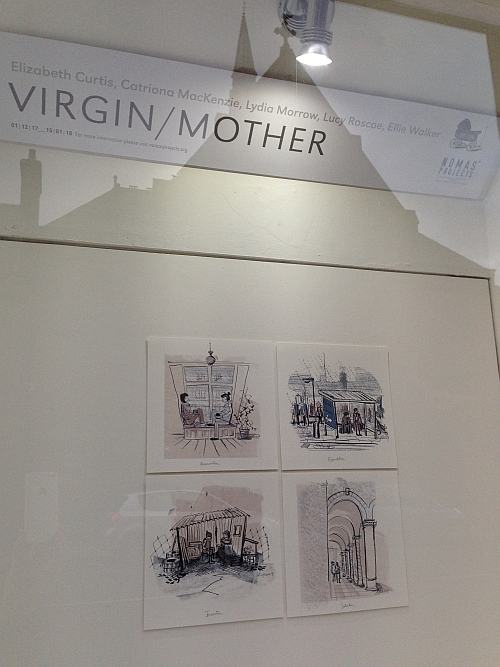 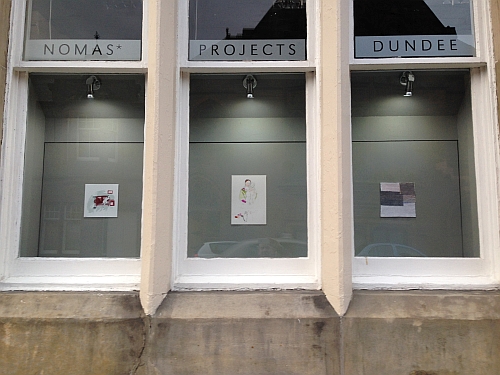 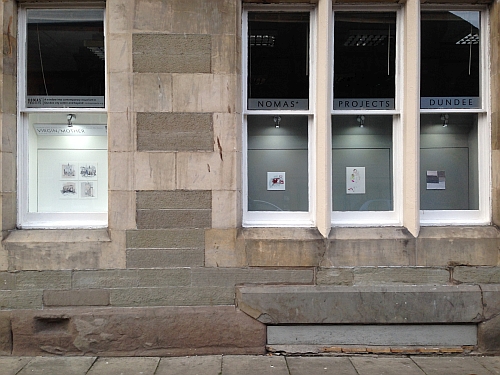 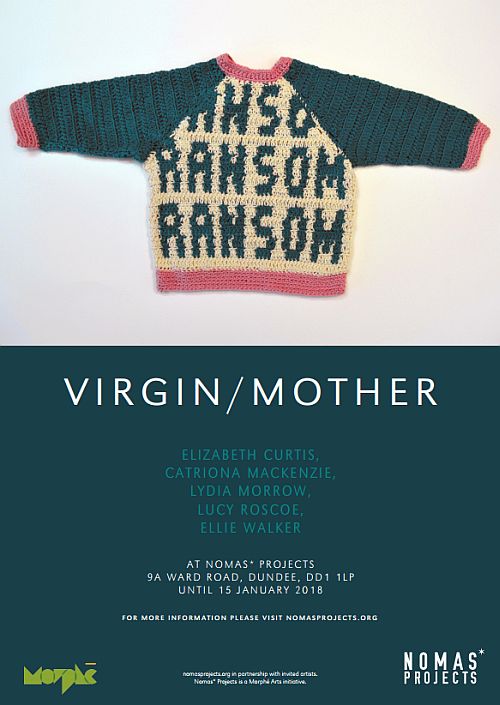