Alastair John Gordon: {AS YOU SEE}

Central to Gordon’s practice is the notion of a painting as a cultural artefact. At first these are paintings about paintings: images that oscillate between artefact and artifice. Certain questions emerge about the craft of the artist, residual materials and archiving of objects.

Notions of authenticity and illusion lie at the heart of Gordon’s artistic enquiry. Seaching for evidence of ‘the real thing’, of the artist’s process before and after a work is completed. Artists materials such as masking tape and paper are rendered in paint to appear as taped or pinned on a wooden surface, a practice that refers to a specific form of illusionism that proliferated in 17th century Northern Europe called quodlibet (what you will). As Jean Baudrillard wrote in The System of Objects: “We are fascinated by what has been created… because the moment of creation cannot be reproduced.”

Gordon is a London based artist and course leader for Critical and Professional Development at Leith School of Art, Edinburgh. He was artist-in-residence for Husk Arts Centre in Limehouse, London 2012-15 and represented by BEARSPACE, South London. In 2014 he won first prize for the Shoosmiths Art Prize and was guest selector for The Open West 2015 national art prize. He is co-founder and director of the Morphē Arts Trust.

Previous project: ← "What you are looking for is elsewhere" 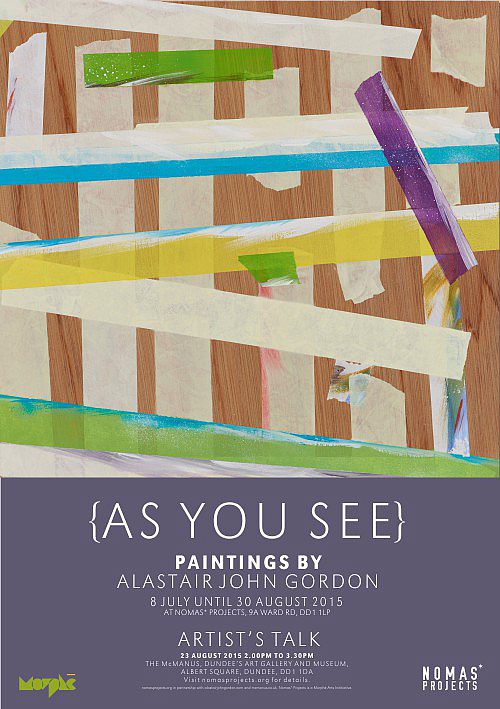