Robert Orchardson is an artist based in London. He graduated from DJCAD in 1998 and Goldsmiths College, London in 2004. Orchardson’s work draws upon sources from modernist architecture and futuristic design, to utopian texts, stage sets or details from science fiction films. These appropriated fragments frequently reflect a sense of aspiration offset by failure as they attempt to give form to that which is inherently intangible. Orchardson’s work allows this cultural flotsam to surface and collectively become something new; disparate elements working together to explore a tension between our immediate situation and that which is unknown.

For Nomas* projects Orchardson has created a work applied directly to glass. Highly coloured imagery based on details of crystalline forms is reproduced in Cyan, magenta, yellow and black. The suggestion is that the imagery is in the process of being printed through a colour separation process, though the “final” product is missing. As such the imagery takes on a provisional quality.

The work emerges in response to a book called The Grey Cloth by Paul Scheerbart. In the novel, the architect travels the world producing outlandish modern glass buildings in a dazzling array of bright colours. To his annoyance, people occasionally stray into his buildings and invariably the colour of their clothing clashes with the vibrant hues of the architecture. The perfection of the transcendent, modernist experience he proposes is interrupted by the frustrating taste of those for whom the buildings are designed.

Orchardson’s work offers a possible solution to the architect’s dilemma - like architectural models, perhaps these are works in progress. Carriers for an idea where utility has been postponed.

Next project: → Marrow of Forms

Previous project: ← In the eye of the Needle 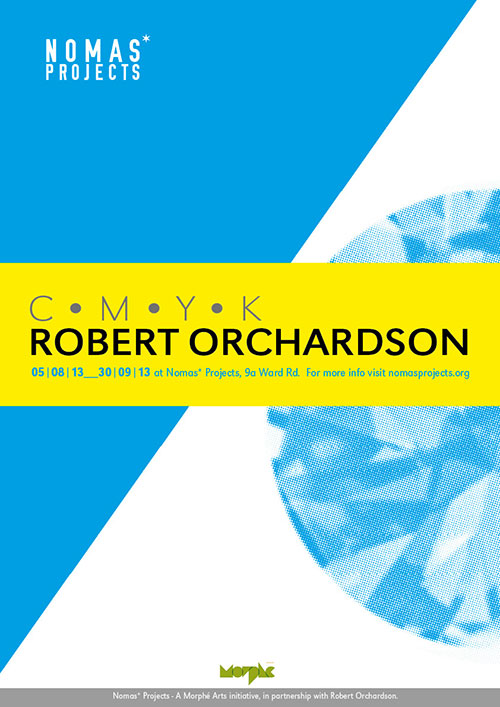