Haiku are a form of Japanese Poetry comprised of three phrases of 5,7 and 5 syllables each. Inspired by the New York Times Haiku project, and developed locally by Albert Elwin using open source software, NEoN’s HaikuBot generates haiku by trawling through news stories in The Courier online. The best of these serendipitous digital haiku are presented in the windows of NOMAS* Projects for the duration of the NEoN festival.

Artist Manny Ling was invited by NEoN to respond to the collection of Haiku generated. He selected three from which he made artworks using a combination of print and calligraphy.

Dr. Manny Ling is a Senior Lecturer in Design. His work is exhibited around the world and appears in numerous publications. He obtained his PhD ‘Calligraphy Across Boundaries’ in 2008 and was awarded in the same year, the Honorary Fellow of the Calligraphy and Lettering Arts Society (HFCLAS) for his contribution to the advancement and development of calligraphy. He is also the Director of the International Research Centre for Calligraphy (IRCC) and has curated numerous international calligraphy symposia, exhibitions and publications. He is also a designer and typographer and is a full member of the Typographic Circles and Letter Exchange.

Nomas*Projects in Partnership with NEoN and Manny Ling 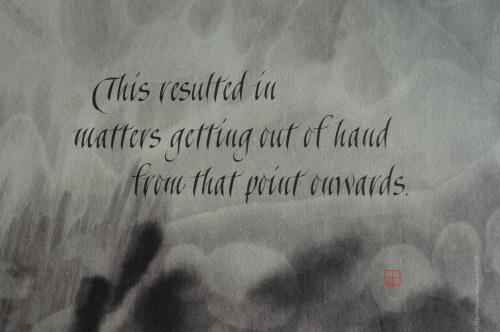 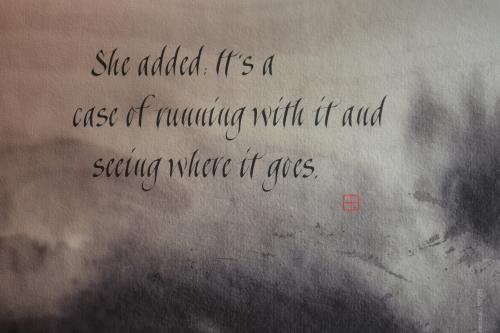 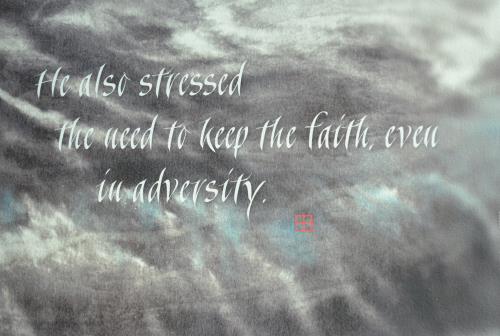