Panel discussion with artists from GIVEN TO CHANCE: INDETERMINACY/SHARE COMMISSION, at Nomas* Projects

“Going Viral is an interactive web project that allows viewers to share algorithmically generated informational videos about COVID-19 that feature social media influencers and celebrities that have spread misinformation about the virus, including its origins, treatments, and preventions. The generated influencers deliver public service announcements or present news stories that counter the misinformation they have spread. The videos were created using open source conditional generative adversarial networks (cGANs) that were trained on images of influencers and their facial features. The video was then generated using the facial landmarks of a new speaker, resulting in a glitchy, indeterminate celebrity speaking the words of an expert. The Going Viral website describes the false claims made by each influencer and links to official sources of information regarding the virus. Viewers are invited to share the videos on social media to help intervene in the current infodemic that has developed alongside the coronavirus.”

“An in-progress large-scale appropriation/ assemblage piece in which thousands of ASMR (Autonomous Sensory Meridian Response) sponge videos are collected from hundreds of Instagram accounts and arranged to form a smooth and unsettling transition from soothing to violent. Despite all being produced for the same purpose (to trigger a pleasant tingling sensation in those with ASMR sensitivity), the often unconsidered aesthetics of each video push each towards one or another end of the soothing/violent spectrum. When amassed together these videos heighten each other to create an overwhelming sensation of peacefulness or aggression. In this project, I approach data-mapping as a way to create and evoke an emotional response in addition to simple representation.”

“There are three modalities in which artificial intelligence (A.I) operates: pattern extraction (training), pattern recognition (classification), and pattern generation (prediction). Future False Positive probes what happens when the loop between pattern recognition and pattern generation modalities is closed. Using a dataset of autonomous vehicle training clips as source material, the artist trained six generative neural networks, one on each camera angle, to predict what happens after each training clip ends (pattern generation). Throughout the videos, an object detection and classification algorithm (pattern recognition) surveil both the present and ‘the future’ for objects deemed relevant to an autonomous vehicle such as pedestrians and other cars.

After the final frame of the original clip, the generative frames begin. Even as all predicted ‘futures’ melt into the same reconfigured pixel data, the object detection algorithm continues to classify with confidence. In the vision presented here, of a ‘future’ generated by A.I, all roads lead to a recycled past that is legible to the pattern recognition algorithm. An A.I can’t generate a pattern it hasn’t already seen, so nothing truly new can be created, and in this vision, we’re left bereft of a real future.”

Artist and technology researcher based in Edinburgh, Scotland.

“DriMing (greater London, randomised) is a web-based artwork that draws from the Google Street View API to create a bot that wanders through its database, registering in short videos the different paths it goes through; and each path is completely randomized within the boundaries of Greater London. The project is inspired by the ideas of agency and automation — what would happen if, instead of me and my own body, I entrusted a piece of code to travel through distances I could possibly not achieve? The presence of the error message and the ghostly, somewhat delicate nature of these images, both allude to and contrast against their fabrication method; and eventual inaccuracies in the calculation of routes give it a surprisingly pleasant sense of driM in movement.”

An archive of the wanderings can be viewed at drifting.someartwork.com, where it ran at one path per hour during one month.

sequencer (not yet available)

“sequencer (not yet available) is a series of three short silent works generated through a layering process that begins with animations live-coded in a homemade digital system and passes them through vintage analog and emulated video processing systems. Paired with totally-rad palettes from late–20th century California, the result is imbued with fuzz and longing — for home, the past in the present, and one another. To watch, to let go and inhabit these spaces, is to seek union with others in a space of digital promise and yearning, a space that does not seek to anticipate and categorise, but to encounter you as an individual soul.”

Video artist, programmer, and data designer who lives in New York and Berlin.

Next project: → The Divine Treatment

Previous project: ← Beneath the Heavens 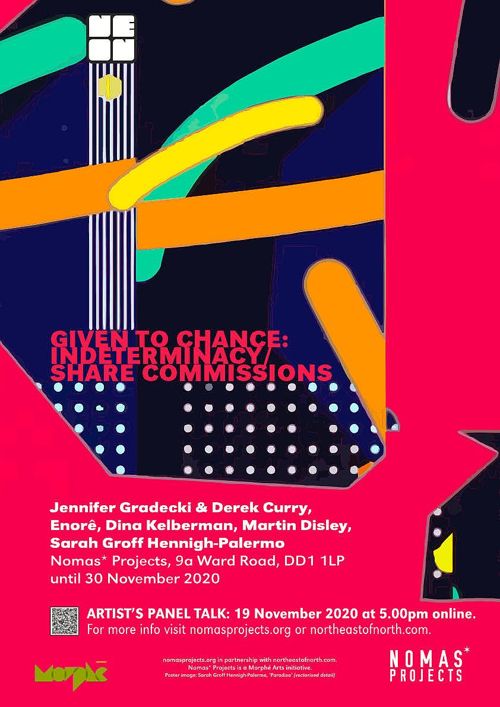